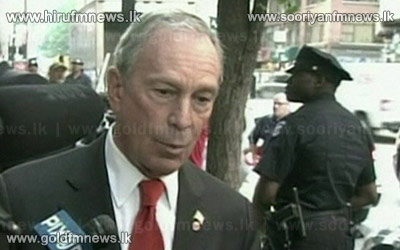 Browne said the letters to Bloomberg contained a threat to the mayor and mentioned the debate on gun laws.

The suspicious material found in the two letters was a "pink-orange oily substance," he said, adding that it was the second of two tests that showed what appeared to be trace amounts of ricin.

The substance is being tested at the National Bio-forensic Analysis Centre in Maryland, with conclusive results expected by Friday.