Muslim Congress gets ready for a special discussion on 13th amendment. 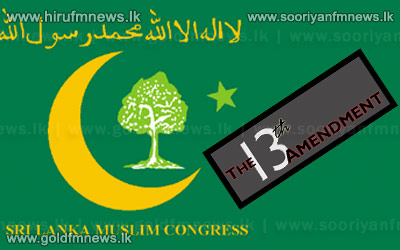 The attention of the Muslim Congress too has been drawn on the 13th amendment to the constitution that has by now a main topic of discussion  in the political arena.

The party has decided to hold an extensive discussion  before officially announcing  its stand on the  13th amendment to the constitution.

Accordingly Sri Lanka Muslim Congress National organizer and provincial councilor Sfeeque  Raajaabdeen told our news team that all party organizers would be called to Colombo and a special discussion held next Sunday.