Southern sector of island to experience showers & winds throughout the day 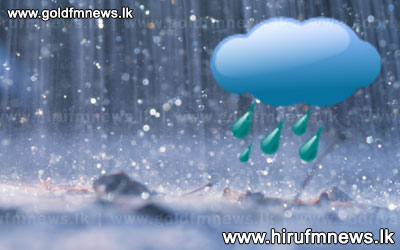 The Department of Meteorology states that heavy rains have been forecast for many parts of the island due to the activation of the South West monsoon.

Showers are expected in the Western, Sabaragamuwa, Central, Southern & Uwa provinces as well as in the districts of Mathale, Batticaloa, Puttlam & Kurunegala.

These showers according to Duty Meteorologist of the Met Department Jeewan Karunarathne will be accompanied with gale winds.

Moreover due to the showers being experienced several routs in Colombo were inundated.