Thailand premier visit the Temple of the tooth relic. 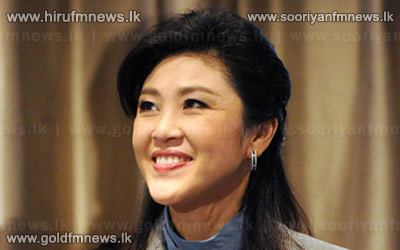 According to our corresponded the premier also paid a courtesy call on the cheif incumbent of the Asgiriya chapter most venerable Udugama Sri Buddharakkitha thero.

The Prime Minister of Thailand Yingluck Shinawatra also met President Mahinda Rajapaksa yesterday morning at the Presidential Secretariat during which the two leaders agreed to enhance cooperation in defense and maritime security.

President Rajapaksa said sharing experiences and expertise will contribute to eradicating terrorism and other security threats in the region.

Following the bilateral discussions, the two countries signed several MoUs in the areas of immigration, tourism, scientific and technical cooperation, and commerce and banking.

Subsequently Thailand’s Prime Minister Ying Luk Shinawathra who arrived in parliament following her tour of the complex arrived in the house accompanied by Speaker Chamal Rajapaksa.