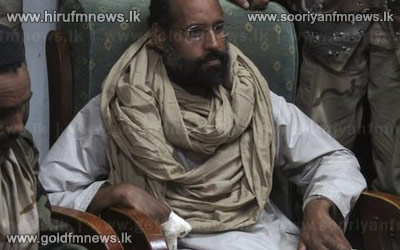 Gaddafi has been indicted by the ICC on war crimes charges relating to the 2011 uprising which toppled his father.

He remains in the custody of a local militia that captured him in late 2011, and is not in official state custody.

This and other challenges meant Libya was not ready to host the trial, the pre-trial chamber's judges said.