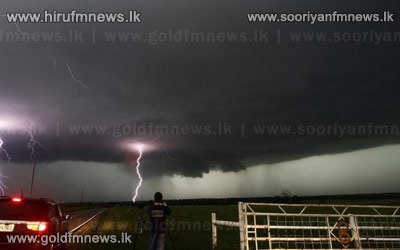 A new series of tornadoes has swept through the US state of Oklahoma, killing at least nine people, including two children.

The tornadoes struck near the Oklahoma City suburb of Moore, where 24 people were killed by a violent tornado nearly two weeks ago.

Many streets were inundated with up to 4 feet of water.