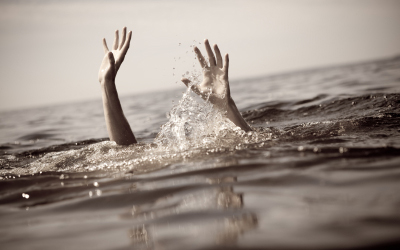 The Department of Meteorology states that it expects the inclement weather experienced at present to dissipate over the next few days.

Duty Meteorologist at the Met. Department Pabodhani Karunapala speaking in this regard attributed changes in atmospheric wind patterns to the dissipation of bad weather.

Meanwhile the Department of Irrigation states that the water level of the Kalu river have decreased concurrent to the gradual decline of the unfavorable weather.

Moreover the bodies of two out of the three persons who went missing when a boat capsized in the Kalu river has been discovered this afternoon.

Three persons went missing this morning after a boat capsized in the Kalu Ganga in the Malwala area in Ratnapura.

Out of the 10 people who were onboard at the time of the incident, seven were rescued.

The bodies which were retrieved this afternoon belong to a 42 year old father & a 14 year old daughter belonging to the same family.

The body of the son who is aged 19 remains to be discovered by authorities.

Director Of Social Services in the Southern Province Wijayani Rathnaseka commenting in this regard added that although life jackets had been issued to ferrymen operating on the Kalu river, who shuttle through Mihitiya & Kolandagala, the jackets had not been issued to the victims.