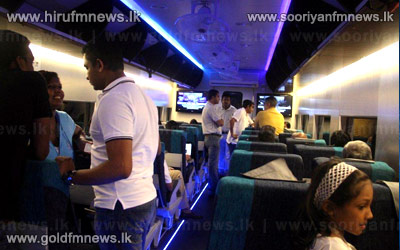 Transport Minister Kumar Welgama said that there is no need to revise the bus fares.

Participating in the launch of the country’s first air conditioned intercity express train in Kandy this morning the minister said the government has no idea to increase the train fares as well.

The air conditioned intercity express train which began its maiden journey from Kandy early this morning arrived at Fort Railway Station at 8.42am.

The new super service will run between Colombo and Kandy on Friday, Saturday, Sunday and Monday and one way ticket would cost  500 rupees per passenger.

Addressing the gathering Minister Welgama said that similar services will be introduced on other lines as well in the future.