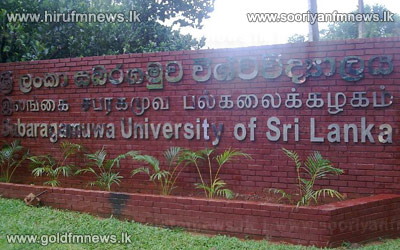 Ministry of Higher Education stated that 47 students of Sabragamuwa University who allegedly involved in a clash with the police were suspended from attending lectures.

Director General in charge of Students Affairs Keerthi Mawellage said the decision was taken by the Administrative Board of Sabaragamuwa University.

However addressing a media briefing held in Colombo today, Convener of the Inter University Students Federation Sanjeeva Bandara said that the students were suspended on the orders of the Higher Education Minister.