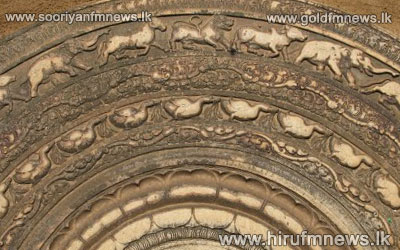 An unidentified group of people has forcibly taken away the moonstone at the Senarath Halmillawa Ancient Temple in Kebitigollawa in the wee hours of today.

Incumbent of the Temple Dutuwewe Jinananda Thera said that 4 persons identifying themselves as officers attached to the Weli Oya Army camp had tied the hands behind of the two civil defense guards at the temple, plastered their mouths before they fled with the moonstone.

Kebitigollawe police said that they have received a complaint from the chief incumbent in this regard and investigations are already begun.