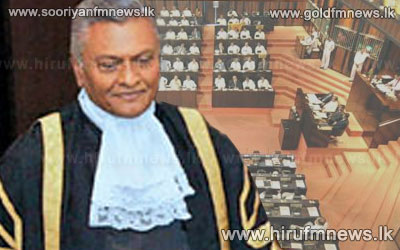 The Supreme Court opinion on the special Draft Bill to resettle the displaced in the North and grant them right to vote has been submitted to the Speaker.

President Mahinda Rajapaksa forwarded this special bill before a panel of three Supreme Court judges including the Chief Justice recently in order to examine whether the proposed Draft Bill is in accordance with the provisions of the Constitution and to obtain their opinion on the new bill.

The petition submitted by the President states that the current displaced persons in the North were driven to that situation before the humanitarian operations ended on May 18, 2009.