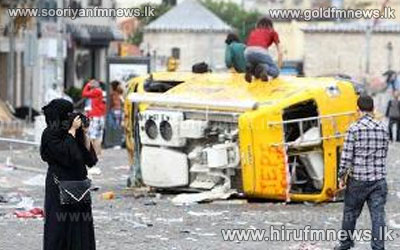 Turkish protesters poured back onto the streets in defiance of their government's plea to end days of deadly unrest, the biggest challenge yet to Prime Minister Recep Tayyip decade-long rule.

Erdogan's government won praise from the United States for apologising to protesters injured in the violence but the move did not appear to stem popular anger.