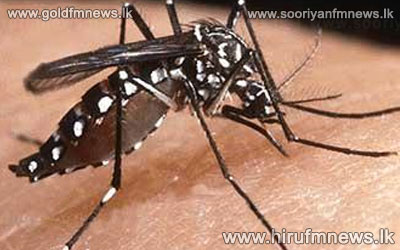 A student attached to the Law Faculty of the University of Colombo who was suffering from dengue died this morning.

A University spokesman said that the victim, a 21 year-old girl from Kegalle was admitted to hospital after she collapsed in the Havelock hostel.

Later she undertook surgery but tragically died this morning.

Faculties of Law, Art and Management of Colombo University were closed yesterday due to dengue threat.

Meanwhile vice Secretary of the All Ceylon Public Health Inspectors Association stated that ¼ th of the dengue victims in the country live in Colombo and 1/3rd of the district count live in the city limits.