Supreme Court rules voting right bill for the displaced in the North. 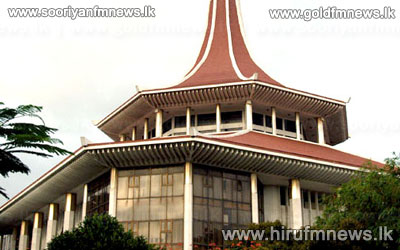 Speaker Chamal Rajapaksa announced in parliament this afternoon that the Supreme Court has decided the special Draft Bill that gives voting rights to the displaced in the North is constitutional.

President Mahinda Rajapaksa sent the proposed Draft Bill to a panel of 3 Supreme Court Judges recently to obtain the opinion of the Supreme Court in this regard.

The President stated in his submission that the displaced persons in the North were driven to that situation before the humanitarian operations ended on July 18th, 2009.