A risk of Dengue becoming an epidemic 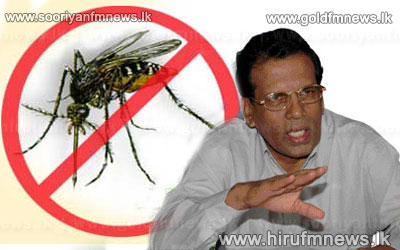 The Health Ministry stated that the current dengue threat could develop in to a epidemic level due to the rainy weather prevailing in the country during the next two months.

Dengue experts warned about a possible epidemic during a meeting chaired by Ministry Secretary Dr. Nihal Jayatillake at his office yesterday.

The Health ministry stated that the majority of victims were school children.

Addressing a meeting on the side line of the World Environment Day held at Temple Trees today President Mahinda Rajapaksa said that certain government institutions did not work with responsibility so much so that they failed to overpower the killer dengue threat today.