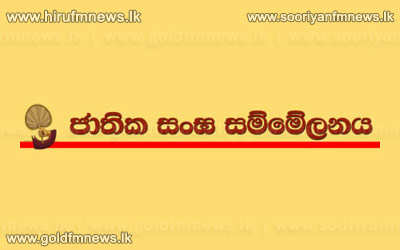 The National Sangha Council states that if the Northern provincial polls are held devoid of terminating police and land powers steps would be taken to halt such an action.

However addressing a function held in Colombo today Secretary of the National Sangha Council Venerable Dombagoda Sarananda Thero stated that the council commends the governments decision to expunge two clauses contained in the 13th amendment to the constitution.

Meanwhile subsequent to placing his signature to a petition which calls for the nullification of police & land powers prior to the Northern Provincial polls UNP Provincial councilor Lakshman Wijesiri expressed the following views to the media.