Private bus prepaid fare card to come into effect from next Monday. 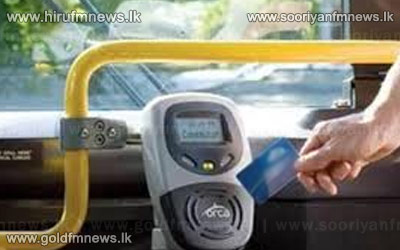 Priced rupees 200 the card could be purchased from one of the countries leading mobile phone network service providers.

According to the Chairman of the LPOA Gamunu Wijerathna the card could be purchased personally bearing the name of its holder.

on several buses plying from Maththegoda to Fort.

The hardware in this regard has already been provided to 8 buses at the Maththegoda terminal as well as 8 busses at the Maharagama terminal.

Once produced to the bus conductor a ticket would be issued to the commuter bearing the pre paid travel card.

The ticket which should be kept with the commuter until reaching the respective destination will contain the travel charge as well as the cards balance.