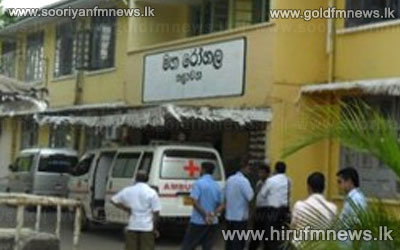 The child who was injured due to a fire caused at an operating theatre of the Chilaw hospital due to a gas line explosion in an anesthesia machine has been subjected to a C.T. scan at the Colombo National Hospital.

Subsequently the child had been sent over to the Chilaw hospital.

However the child who is unable to breath has been linked to a respirator.

According to the Director of the Chilaw Hospital Dr. Dinusha Jayasinghe the victim a 12 year old resident of Mailakkulama- Chilaw sustained injuries during the fire alongside 5 hospital employees who are being treated for respiratory ailments.