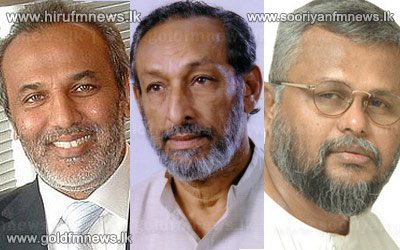 Cabinet Spokesman Minister Keheliya Rambukwella said that the government coalitions are given a week time to enable them to submit their opinion on the decision to change two clauses of the 13th Amendment.

Addressing the media briefing to inform the Cabinet decisions held at the Information Department Colombo today Minister Rambukwella said that the government will be able to take a final decision on the matter at the Cabinet meeting next week.

Minister Douglas Devananda told our news team that the President granted time in response to their request.

A decision was taken to amend two clauses of the 13th Amendment during the government party meeting held last Tuesday.

Minister Rambukwella elaborated the reasons to take such a decision during the press briefing.

However the JHU stated that the clause which gives provisions to Provincial Councils to enjoy land and police powers should also be annulled.

The National Sangha Convention and the Patriotic National Movement also opined views similar to that of the JHU.