UNP claims MP Arundika Fernando should be investigated by CID 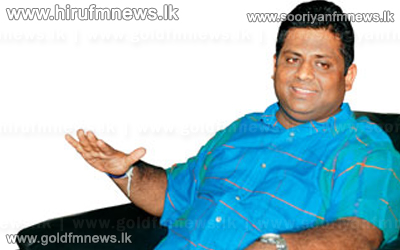 The United National Party states that UPFA Puttlam District Parliamentarian Arundika Fernando should be interrogated by the Criminal Investigations Department.

This statement was followed by a yet another statement which was made in parliament yesterday with concern to missing Journalist Prageeth Eknaligoda, who according to UPFA Puttlam District Parliamentarian Arundika Fernando is residing in France.

UNP MP Hareen Fernando made these observations while addressing a media briefing which was convened in Colombo this afternoon.

Meanwhile UNP MP Hareen Fernando speaking during a media briefing which was held today expressed the following views with regards to the statement made by UPFA MP Arundika Fernando.

Prageeth Eknaligoda who served as a web journalist at the Lanka E-news website disappeared on the 10th of January & a petition was filed by his wife at the appeals court.

The court case regarding the disappearance of missing journalist Pradeep Eknaligoda was taken up at the Homagama Magistrates Court.

A statement made previously before the UN Human Rights Council by then Attorney General Mohan Peiris caused a similar stir in which it was stated that Prageeth Eknaligoda was residing in France.