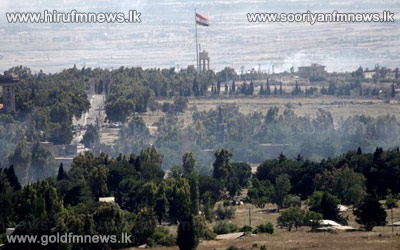 The Syrian army has taken control of a UN-monitored crossing in the Golan Heights that had been overrun by rebel forces.

Tanks and armoured vehicles were used in the fighting at Quneitra, near Israeli-held territory.

Austria has said it will withdraw its peacekeepers from the Golan Heights because of the fighting.

It comes a day after Syrian troops backed by Lebanese Hezbollah militants retook the key town of Qusair.