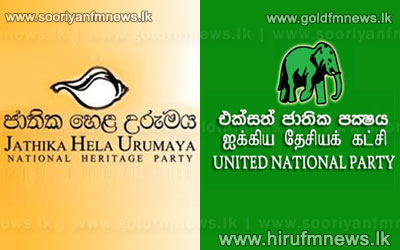 A UNP Spokesman told our news team that the JHU has agreed to discuss the new draft constitution in a meeting scheduled for June 12th.

JHU General Secretary Patalee Champika Ranawaka also said yesterday at a media briefing held in Colombo that his party was ready to discuss the new draft constitution with the UNP.

Minister Ranawaka appraised the UNP proposal in its draft constitution to secure the country’s unity and integrity.