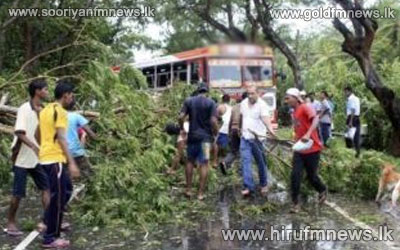 Transportation along several roads in Colombo were also hindered due to trees that had been uprooted by gale force winds.

However, Police stated that the roads are being cleared with the support of the Fire Brigade.

Director General of the MET Department S H Kariyawasam stated that the activation of the South Western Monsoon was the reason for this type of weather.