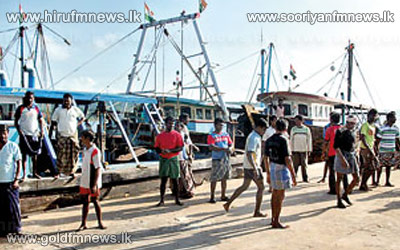 Indian fishermen from Rameshwaram have taken a decision to set sail to Sri Lanka if the Sri Lankan authorities did not release the 49 fishermen arrested by the Navy on the 05.

The fishermen have decided to set sail in over 750 trawlers, flying white flags, to Thalaimannar on June 22 if the arrested fishermen were not released by June 20.

Indian daily The Hindu reported that in an emergency meeting leaders of 11 fishermen associations and boat owners unanimously adopted two resolutions- to change the fishing timings and to set sail to Sri Lanka.