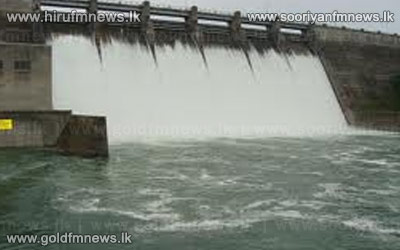 5 fishermen who set sail from Beruwala, Ahungalle, Galle & Ginthota have died in boat accidents caused due to inclement weather.

Meanwhile a group of fishermen from Dehiwala dragged their fishing vessels to the railway track urging authorities to take immediate steps to salvage the vessels in distress.

However the protest has now ended & train journeys are functioning as scheduled.

Meanwhile the Disaster Management Centre has issued an advisory requesting of fishermen to preclude themselves from fishing activities on the coast line from Mannar to Colombo & Galle to Pottuvil.

At present strong winds are being experienced in many parts of the island.

The Department of Meteorology states that since the speeds of winds may pick up suddenly fishermen may be at risk.

Moreover strong winds have caused power failures in many parts of the island.

According to the CEB the supply of electricity has been hampered at several grid-sub stations which include Mathugama, Panadura & Ambalangoda.

At present efforts are underway to restore electricity at these grid-sub stations.

Meanwhile, our reporters stated that transportation has been hindered in Neluwa, Udugama and other areas in the Galle district due to uprooted trees by gale force winds.

Sluice gates of the Kotmale, Lakshapana and Canyon reservoirs have been opened due to the rise in water levels as a result of heavy showers.

Nuwara Eliya district secretary D P G Kumarasiri stated that since water levels of the Kelani river could rise public on river banks are advised to be cautious.

We also inquired from the Director General of the Met Department H.S. Kariyawasam regarding the prevailing weather conditions.