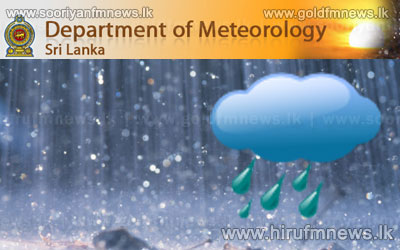 The Department of Meteorology forecasts strong showers during the next 24 hours for the islands Western, Sabaragamuwa, Uwa, Central & Southern provinces.

According to the Director General of the Met. Department S.R. Jayasekara showers exceeding 100 mm’s may be experienced in the islands Central province accompanied by winds traveling over 60 Kilometers per hour.

Hence the Met. Department cautions fishermen to refrain from going to sea.

However the Convener of the National Fishermen’s Alliance Herman Kumara denied knowledge of such a warning.

However the Department of Meteorology states that a release was issued last evening with regards to the inclement weather.

However such a release was not received at our news division.