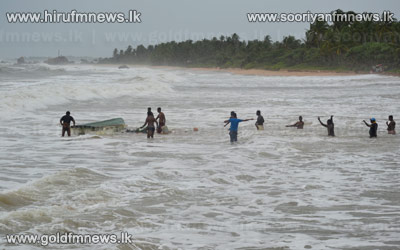 The Fisheries Ministry stated that bodies of 18 fishermen who were killed in rough seas due to inclement weather have been found by now.

Police stated that a body of a fisherman had washed ashore to Angulana in Moratuwa this morning.

Meanwhile, the MET Department stated that seas continue to be rough extending from Mannar, through Colombo, Galle up to Potuvil and advised fishermen and naval personnel not to venture in to sea.

Nuwara eliya District Secretary D P G Kumarasiri stated that since sluice gates of reservoirs in the Central Province will be opened from time to time public residing in the vicinity of reservoirs should be on alert.

Meanwhile, Deputy Media Director of the Disaster Management Centre Sarath Lal Kumara requested the public residing in the vicinity of the Kelani, Kalu and Ging rivers to be cautious due to the rising water levels.