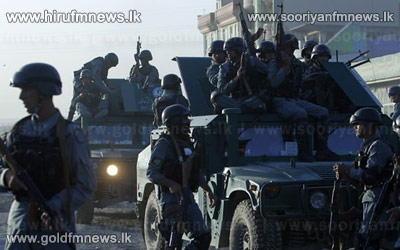 Insurgents today attacked the military side of Kabul’s international airport, which houses a NATO headquarters, and explosions and gunfire were occurring,.

An airport official said The airport was closed to all civilian air traffic because of the attack,.

The Kabul police said in an announcement that attackers wearing suicide vests had occupied a tall building on the west side of the airport and were firing at the military facility.