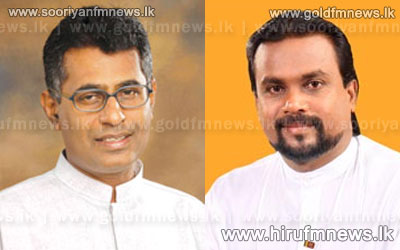 Speaking at a press conference held in Colombo today, MP Attanayaka further stated that the ministers are not paying attention to the true issues of the public.

The Indian government has invited the members of the Tamil National Alliance for talks regarding the 13th amendment and the Northern Provincial Council election.

Speaking to our news team the leader of the TNA, R. Sambandan stated that he could not divulge any information regarding the relevant talks at present.

He made this statement while addressing the gathering at a function held in Colombo yesterday.