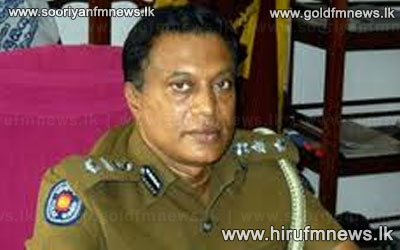 SSP of the CID Shani Abeysekera informed the court today that DIG Vass Gunawardana and 6 other suspects will be kept under detention and questioned further until the investigations are over.

The DIG has been accused of conspiring to abduct and kill business tycoon of Bambalapitiya Mohamad Sham.

Submitting a report to Colombo Additional Magistrate A.M. Sahabdeen on the nature of the investigations, SSP Abeysekera stated that DIG Gunawardana was arrested yesterday night.

Earlier, the CID had arrested 6 other suspects including 4 policemen in this connection.

SSP Abeysekera stated that the suspects are detained and questioned under the Prevention of Terrorism Act.

The CID also seized two pistols from the Peliyagoda police which was issued to two security guards of DIG Vass Gunawardana.

CID has also took into custody two vehicles which were used in the incident, and a vehicle belonging to the Colombo Police Crime Division.

The court was also told that the motor car used by the murdered businessman is now in the custody of Mirihana police.

The court ordered the CID today to report the progress of the investigations to the court on 18th this month.

The two civilian suspects have given an hours long statement before the Colombo Additional Magistrate A.S. Sahabdeen.