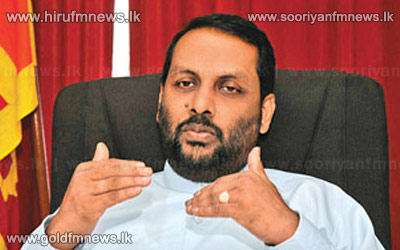 The Centre for Disaster Management confirms that 51 fishermen have lost their lives due to boat accidents that occurred recently as a result of inclement weather and another 17 are still classified as missing.

However, the minister of disaster management and the deputy minister of fisheries and aquatic resources had called two press conferences to express views regarding this.

While the deputy minister of fisheries and aquatic resources Sarath Kumara Gunarathna blamed the met department, the minister of disaster management Mahinda Amaraweera stated that his ministry alone cannot take responsibility for this.

Speaking further at the press conference, Minister Amaraweera stated that a fax was sent to the Ministry of Fisheries and Aquatic Resources detailing the inclement weather patterns.

However, the director of the Ministry of Fisheries and Aquatic Resources Nimal Hettiarachchi refuted this statement.

President Mahinda Rajapakse has already appointed a committee to look into the incident.

Speaking further at the press conference held today Minister of Disaster Management Mahinda Amaraweera stated that if he is found guilty he is even prepared to resign from his portfolio.