Protect what belongs to the country; says President. 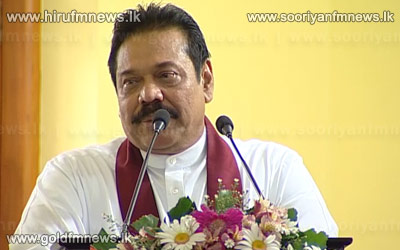 President Mahinda Rajapaksa said that it is the duty of everyone to protect what belongs to the country wherever it may be.

The President said that our past heritage belonged to the whole citizenry.

The President said that if the victory won by sacrificing lives was to be bequeathed to the future generation, they should be nurtured as a righteous generation.

Whatever be the political opinion held, a future generation useful to the country should be created.

Currently various local and foreign pressures are directed against the motherland.

On this occasion the President also emphasized that everyone should be watchful about these pressures.

Reminding that hearts could not be built through regulations alone, the President said that religious leaders could create a righteous generation  through righteous thoughts.