Refrain from fishing activities from Mannar to pothuvil across Galle. 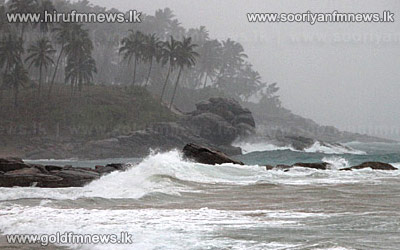 The Meteorology Department says that fishing is risky today in the seas from Mannar  to Pothuvil across Colombo and Galle.

Meteorologist Jeevan Karunaratne said that today till about 6 p.m. the speed of the wind in this area could rise up to about 70 kilometers per hour.

Similarly the meteorologist said that heavy rains could be expected in the Western, Sabaragamuwa, Central and Southern Provinces.

Participating at a media briefing held in Colombo the Minister said that the Disaster Management machinery too should advance.