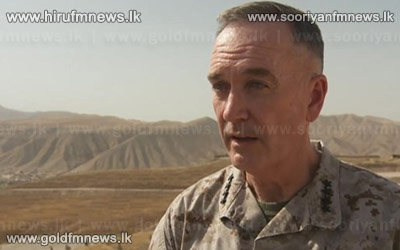 The US general who will oversee the end of the Nato mission in Afghanistan has said there will have to be talks with the Taliban at some stage.

General Joseph Dunford said the international community would need to go on supporting the Afghan army after Nato combat troops leave next year.

Without that support, he said, the gains that have been made in democracy and women's rights could be reversed.

General Dunford said Afghanistan's progress as a nation was in no way guaranteed.