Kidnappers group in the guise of Army nabbed. 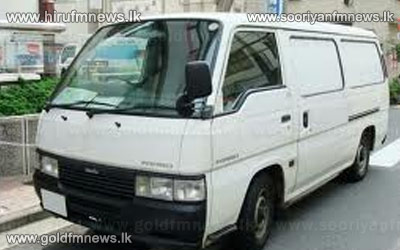 Policed arrested a gang of kidnapers coming in the guise of security forces while they were abducting 4 members of a same family at Manmune in Batticaloa today.

Army Media Spokesman Brigadier Ruvan Wanigasooriya said that 6 persons came in a white van, introduced themselves as army personnel and abducted the father, the mother and two children belonging to a Tamil family.

The suspects have revealed that the abduction was carried out to obtain money based on a personal quarrel.

Expressing his views regarding this incident, Army media spokesperson Brigadier Ruwan Wanigasekara stated that due to crimes carried out by using the names of security forces, the name of security forces are being tarnished.