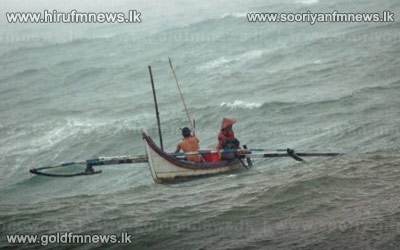 The Meteorology Department said that it is still risky to venture into sea for fishing and other naval activities in the seas off the areas from Mannar to Pothuvil through Colombo and Galle.

Meteorologist Prithika Jayakody said the speed of the wind in this area could rise up to about 70 kilometers per hour.

He also requested motorists to be vigilant when driving as heavy mist is prevalent on the roads of Nuware Eliya District.

Meanwhile, due to the gale force winds prevalent in the morning, a tree had toppled on a house in Bastian road in Beruwala – Halkandawila and as a result a woman and a female student have been injured.

According to our regional correspondent they are currently receiving treatment at the Kalutara Nagoda hospital.