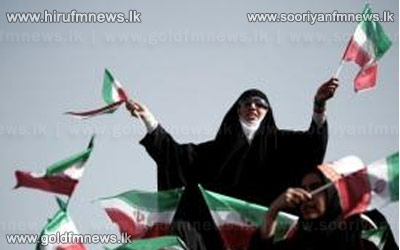 Iran chooses a new president today in an election the reformists hope their sole candidate will win in the face of divided conservative ranks, four years after the disputed re-election of Mahmoud Ahmadinejad.

More than 50.5 million people are eligible to vote for the man -- no women candidates were approved -- to succeed Ahmadi-nejad, who is barred from standing for a third consecutive term under the constitution.

At the same time as choosing a new president from six candidates, voters will also pick municipal councillors.