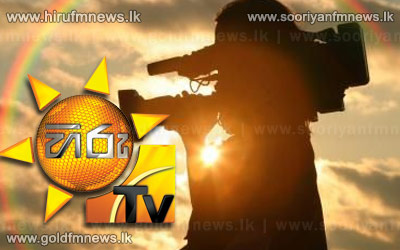 The supporters of former Chairman of the Akuressa Pradeshiya Sabha Munidasa Gamage have allegedly assaulted our Matara Deniyaya Provincial reporter Ranil Priyankara and his cameraman Lakmal Guniyangoda at a place close to Akuressa police station.

The two journalists were attacked when they were returning after covering an assignment in Ilukwatte yesterday.

Munidasa Gamage had put up some temporary makeshifts in front of his house at Ilukwatte for a family wedding. The makeshifts had blocked the Matara Maramba Ilukpitiya main road, and our two journalists had gone there to report the public inconvenience due to the road block.

Later the supporters of Munidasa Gamage had followed the journalists by motor bicycles and assaulted them.

Our cameraman Lakmal Chatura who is receiving treatment at Matara hospital explained his agony to our news team.

Our reporter Ranil Priyankara was injured including a wound in his head during the attack and he is now receiving treatment at Akuressa hospital.

Sitting in his hospital bed, Ranil Priyankara described his ordeal to our news team.

A group of area correspondents in Matara district staged a protest against the assault in front of the Matara hospital this evening.

Meanwhile our news team contacted former Akuressa Pradeshiya Sabha Chairman Munidasa Gamage to comment on the incident and he had this to say.