356 houses and 70 schools damaged in Kandy and Nuwara - Eliya. 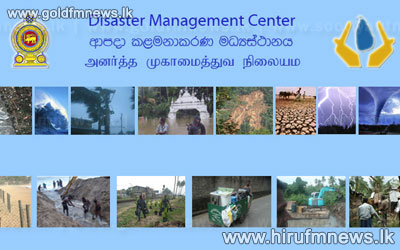 Apart from the death and damage of fishermen reported due to the rainstorm in the South, 1404 persons of 391 families in Nuwara Eliya and Kandy districts were affected by the heavy rain and wind.

According to statistics collected by the Disaster Management Center and the Divisional Secretariat Divisions in the area, 356 houses in the two districts and 70 schools in Hatton and Nuwara Eliya Educational Divisions were damaged.

The Central Provincial Council took this situation into consideration and closed 200 schools in the two educational divisions today.

However, the Central Provincial Council stated the school will be reopened as usual on Monday.

Meanwhile the sluice gates of the reservoirs at Lakshapana, Canyon and Upper Kotmale will be kept opened further until the weather condition returns to normal.