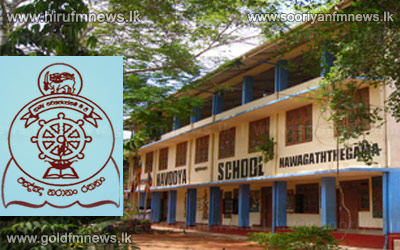 An incident was reported to our news team where a lady teacher of the Isuru Vidyalaya in Nawagaththegama had been made to kneel down due to disciplinary action she had taken against a student at the school.

The teacher had warned several female students as their uniforms were shorter than the allowed amount.

Among the students who were warned was the daughter of UPFA Wayamba Provincial Councillor Ananda Sarath Kumara.

The lady teacher explained the incident to our news team.

However, when we contacted UPFA Wayamba Provincial Councillor Ananda Sarath Kumara regarding the incident, he stated that he would resign from his position if allegations against him are proved.