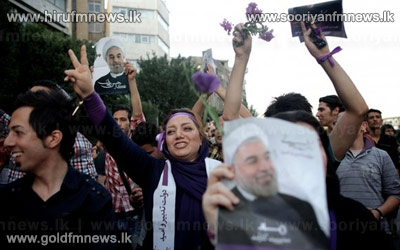 Thousands of Iranians have taken to the streets of Tehran, shouting pro-reform slogans and hailing Hassan Rouhani's election as president.

The reformist-backed cleric won just over 50% of the vote and so avoided the need for a run-off.

Rouhani said his win was a "victory of moderation over extremism".

The US expressed concern at a "lack of transparency" and "censorship" but praised the Iranian people and said it was ready to work with Tehran.