US to keep Patriot missiles and F-16s in Jordan 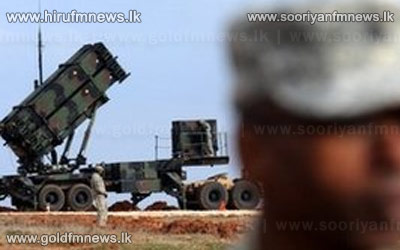 The US will keep Patriot missiles and F-16 fighter jets in Jordan after a military exercise, angering Russia.

Pentagon spokesman George Little said the US enjoyed "a long-standing partnership with Jordan" and was "committed to its defence".

He said all other US military personnel would leave Jordan next week.

But Russian Foreign Minister Sergei Lavrov warned that any attempt to use the F-16s to impose a no-fly zone over Syria would violate international law.