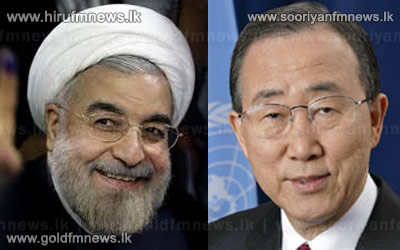 The moderate cleric's election ended eight years of conservative grip on the top office in a victory cheered in the streets and cautiously welcomed by world powers.

His office said in a message congratulating Rowhani that Ban intends to remain engaged with the Iranian authorities and with the president-elect on issues of importance to the international community and the welfare of the Iranian people.