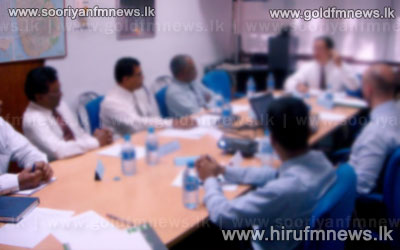 Presidential media unit stated that the meeting will be held at temple trees.

According to government sources matters pertaining to the dissolution of the North Western and central provincial councils will be discussed.

Political sources reveal that it is scheduled to dissolve the North Western and Central provincial councils next week.

According to sources the 2 provincial councils will be dissolved on the 24th.

The official tenure of the North Western and Central provincial councils ends in March next year.

However, the government is paying its attention on holding the North, North Western and Central provincial council elections on a single day.

Political sources stated that the elections would probably be held on September 7th or 21st.

Meanwhile UNP MP Joseph Micheal Perera states that the UNP is ready for an election at any given time.

Minister of mass media Keheliya Rabukawalla stated that the government will face any election confidently and successfully.