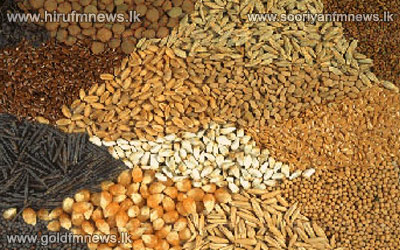 A study by the Batalegoda Paddy Research Institute discovered that small amount of poisonous Cadmium is contained in local rice varieties.

Director of the Batalegoda Paddy Research and Development Institute S.W. Abeysekera said that such minor amount of Cadmium would not pose a health hazard.

A US National Science Journal recently reported that a considerable amount of poisonous Cadmium is contained in Sri Lankan rice varieties.

The Journal also stated that its research based on rice collected from 12 countries, Cadmium content in Sri Lankan rice was second only to Bangladesh.

Our news team contacted the Director of the Batalegoda Paddy Research and Development Institute to comment on this matter.

Expert teams from England, Bangladesh, China, Ghana and a team of scientists from the faculty of Zoology of the Ruhuna University have participated in the research which was done at the laboratory of the University of Aberdeen in England.

One of the participatory researchers and Senior Lecturer of Environmental Forensic science Dr. Mangala de Silva said that the rice grown in the Central Province were used for this research.

Director of the Batalegoda Paddy Research and Development Institute S.W. Abeysekera said although cadmium is contained in rice, the quantity could be reduced by removing the bran layer of rice.