Alliance PC member who knelt down a teacher remanded till 27th 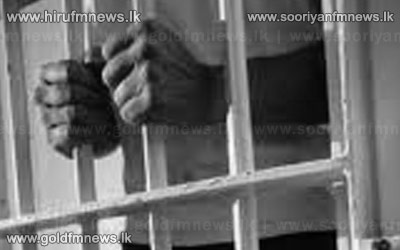 North Western Provincial Council member of the UPFA Ananda Sarath Kumara who was accused of forcing a female teacher at the Navagattegama Navodya Maha Vidyalaya to kneel down was remanded till June 27.

Puttalam District Judge Ranga Disanayake remanded the UPFA Provincial Councilor  when he was produced before him today.

A special police protection was provided in the court premises, and the Lanka Teachers Union staged a peaceful protest in front of the court as the accused was being brought to the court.

The accused Provincial Councilor had forced kneel down the female teacher for taking disciplinary action against his daughter in the school premises on last 14th.

The students of the Navagattegama Navodya Maha Vidyalaya also staged a protest against the incident today and students of several schools in the surroundings had joined the protest.

Later, a tense situation was erupted and the educational authorities had to suspend the school sessions at 10am.