10 persons including Maithree and Shrilal expelled from the UNP. 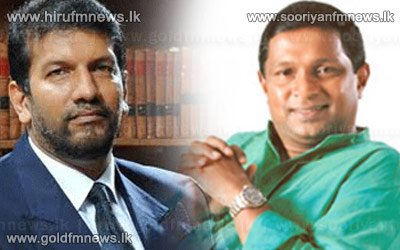 The UNP decided yesterday to expel 10 persons including two provincial councilors in connection with the incident of attacking the UNP Sirikotha headquarters.

This decision was taken at the working committee meeting held with party leader Ranil Wickremasinghe at the chair yesterday.

In addition the working committee also decided yesterday to pardon 15 others.

This was because they had asked the disciplinary committee for pardon with regard to the incident concerned.

However the working committee rejected the request MP Sajith Premadasa made for pardoning the 10 persons including the two provincial councilors expelled from the party yesterday.

Reports say that tension ensued at the working committee with MP Sajith Premadasa requesting for pardon for the expelled.

It is said that MP Sajith Premadasa was engaged in a heated exchange of words with general secretary Thissa Attanayaka and MP Ajith P. Perera.

UNP media spokesman MP Gayantha Karunatilaka expressing his views to our news team with regard to the other decisions the UNP working committee took yesterday stated as follows: