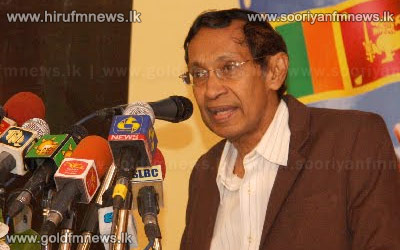 Senior attorney at law Gomin Daya Sri states that the merging of the Northern and Eastern provincial councils by former President J. R. Jayawardena via a gazette notice is not legal.

He made this statement upon inquiry by our news team regarding several statements made by UNP General Secretary Parliamentarian Thissa Attanayaka during a UNP press conference.

The following are the views expressed by both MP Attanayaka and Senior Attorney At Law Gomin Daya Sri.

Meanwhile, the National Freedom Front states that it is scheduled to hold discussions with President Mahinda Rajapakse today regarding the 13th amendment.

General Secretary of the NFF, Priyanjith Witharana made the following comments regarding the facts to be discussed with the President.