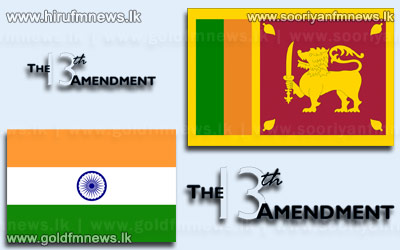 The TNA said that Indian Prime Minister Manmohan singh was ready to discuss with the Sri Lankan Government with regard to their requests including the 13th amendment.

While a group of TNA MPs met the Indian Prime Minister and the Foreign Minister, subsequently MP Selvam Adaikkalanaadhan spoke our news team as follows.

Meanwhile the Indian Police arrested yesterday a group of more than 500 persons who had protested against providing training to members of the Sri Lankan security forces in Tamil Nadu military camps.

Although earlier, Karunaanidhi as well as Jayalaithaa had protested against the provision of   training in Tamil Nadu, the Indian Authorities said that the Indian Central Government had decided to provide training to members of the Sri Lankan Security Forces whatever be the opposition expressed.

While the protesters had engaged in the protest close to the Neelagiri camp in Wellington in Tamil Nadu, they had been arrested when they tried to enter the camp premises.