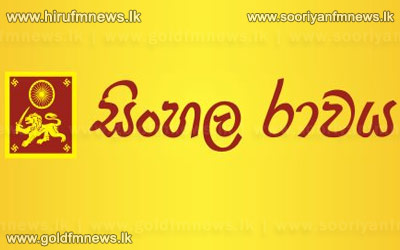 The Sinhala Ravaya Organisation charges that President of the Sri Lanka Nonviolence Association Aruna Silva who joined their march from Kataragama to Colombo has been abducted.

National Organizer of Sinhala Ravaya Puliyadde Sudamma Thera said that a group of people had visited Aruna Silva’s home at Gandara and informed his abduction.

Our news team inquired from the Tangalle SP Sisira Kumara regarding the allegations made by the Sihala Rawaya organization.

He stated that the chairman of the association in question was arrested in connection to an incident where a mob vandalized the abattoir while this foot procession was in progress.